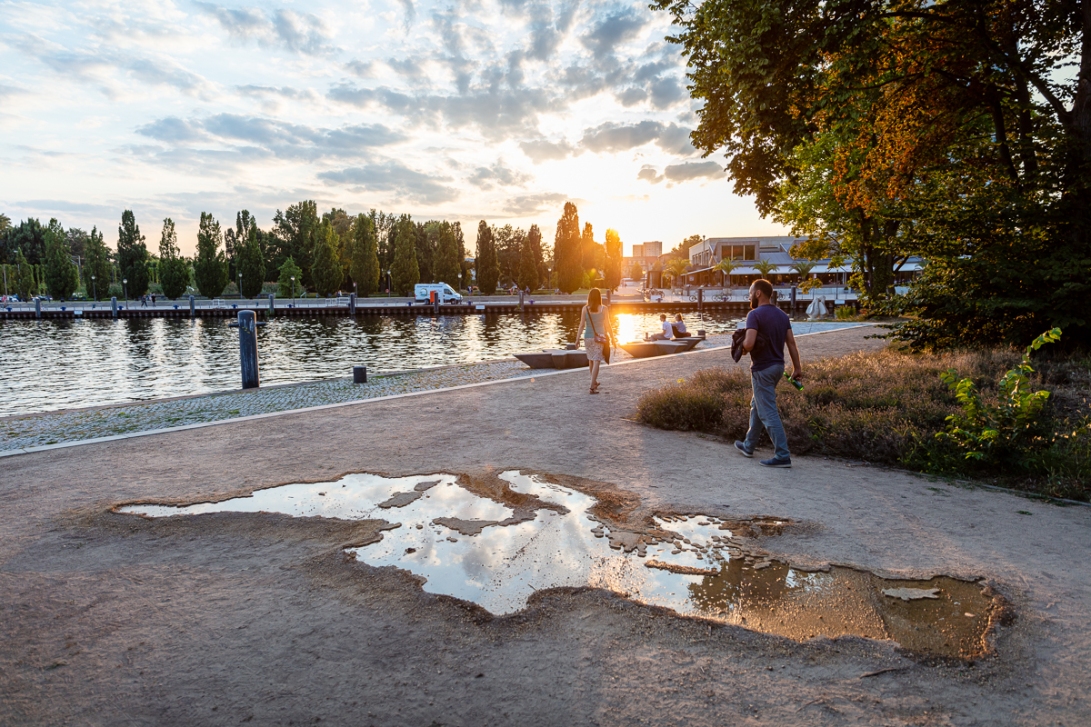 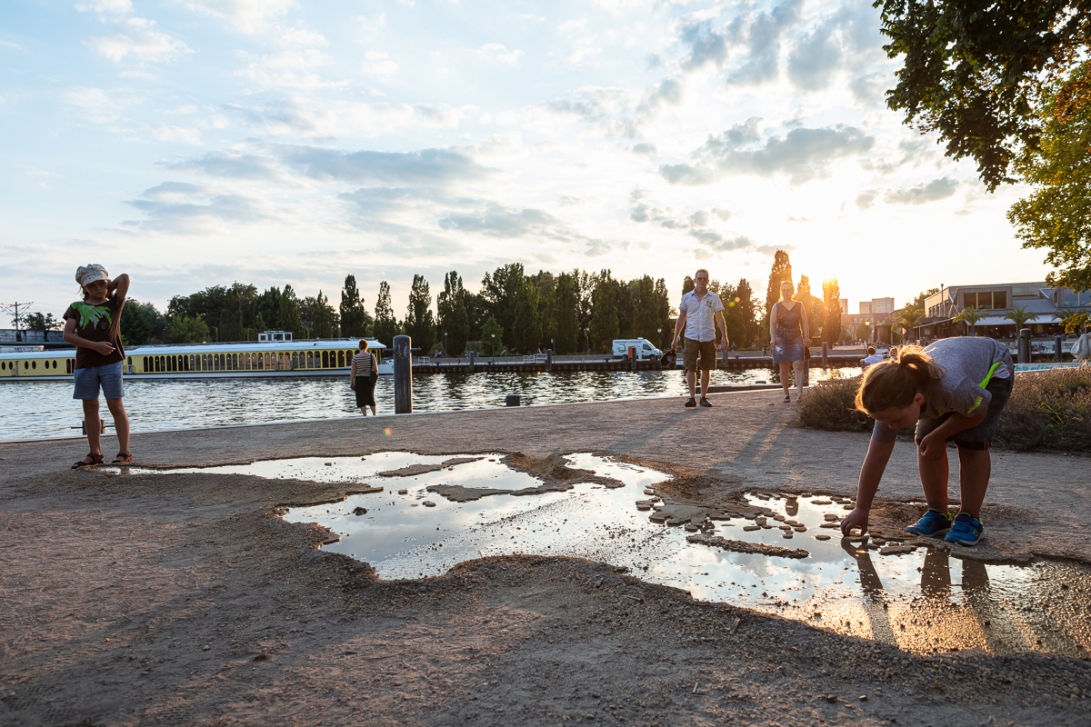 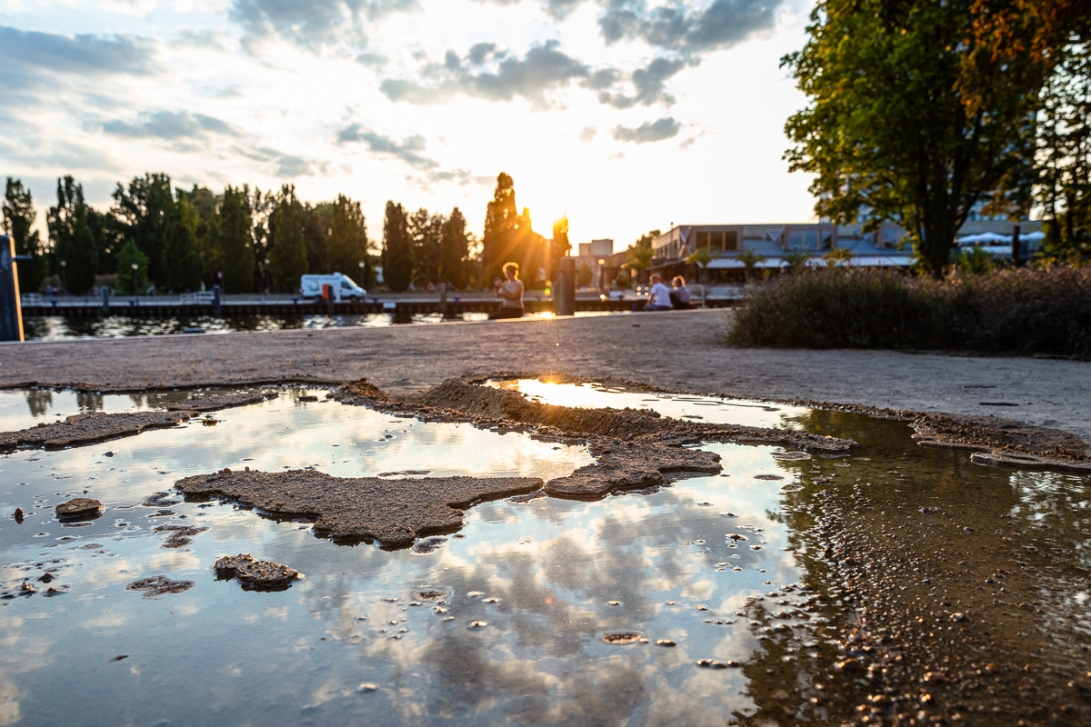 The artwork Mèdius Terràneus borns as reminder about the instability of borders and bounders, particularly these created by humans.
The geographic object of the installation is the Mediterranean area of which is highlight just the the aquatic part, omit the national borders at the surround. The terrestrial part is not marked but is anyway presents, identify in the same soil that host the installation.

In the ambient version of the artwork the visitors are invited to move around the representation of the Mediterranean Sea, as should be in also in the reality: a free movement around and across that sea, as was for years and which thanks to that we can talk about “mediterranean culture”.

For the 11th edition of Localize Festival (this year focused on theme Islands) on the Freundschaftinsel in Potsdam (Berlin), is created a visual game thanks to the elements water and earth used in the artwork and, in the same time, in dialogue with the landscape.
A water puddle with borders as the Mediterranean Sea stand out over the soil of the island that, in the logic of the artwork, represent European and African territories and in its turn -the Island- is surrounded by the water of Havel River.